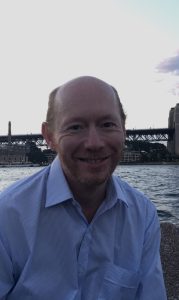 I’ve seen two thousand one hundred and two films in the cinema as of June 30, 2017 and seven thousand six hundred and sixty two on Laser Disc, TV, VHS, Beta, DVD, Blu-ray and 4k. So about two hundred and thirty films short of ten thousand films, give or take a few forgotten diary entries.

I’ve carefully kept a list of every single film for four decades with the exception of a couple of years while working for the Sydney Symphony Orchestra when I was so busy I just stopped writing them down because I had stopped using a paper calendar. After a time, I started writing my opinion again in Notes on my phone.

I started writing film reviews when I was eighteen for Tharunka, the NSW University student newspaper, and was then asked to write reviews for a magazine called Southern Cross which I did for a number of years. I stopped writing reviews for them when I’d had enough of sub-editors rewriting some of my paragraphs and changing the meaning of what I was actually saying.

Of those 9664 films I’ve seen I wrote reviews for my own benefit on around seven or eight thousand films. Sometimes the reviews consisted of three sentences and sometimes they consisted of three pages. I did it because I’m a diarist and I’ve always had the feeling that my memory is going to fail me one day, so I’d better have written everything down.

I stopped writing reviews of every film that I watch in 2008 when I began working for the SSO. Producing recording sessions and an average of 4 CDs a years isn’t conducive to having time to analyse and make journal entries about the 1,272 films I saw over those nine years. I did make daily entries for many of them, maybe five hundred, but it was haphazard.

From 1981-1983 I achieved a double major at University of NSW in English, Drama, Film and Television, with a smattering of Psychology and History and Linguistics. I saw a lot of unusual films that didn’t make a lot of sense to me – many I didn’t even like – in my late teens, particularly the ones from non-English-speaking backgrounds.

Thirty-four years later, in 2017, I came across a list of the British Film Institute’s 2012 “100 Greatest Films” as voted by critics, academics, film historians, reviewers and journalists; and their list as voted by film directors. I realized just in reading that list that despite the fact I thought I was well-rounded in my experience of movies, I actually wasn’t. I hadn’t seen half of the films and had in several cases never seen even a single film by several of the great directors who were mentioned.

From 1981-2010 I was active in the industry as a professional. I worked on feature films (and television), almost always in a musical or sound capacity, with producers and directors like Jane Campion, Gillian Armstrong, Tracy Moffatt, Graham Chase, Tristram Miall, Ben Lewin, Bruce Petty, Gil Brealey and Tony Buckley. I also produced soundtrack recording sessions for some of Australia’s best-known composers and produced dozens of Original Soundtrack Recordings for release on CD, working with directors, producers, composers and writers such as Simon Wincer, Antony I. Ginnane, Peter Best, Patricia Lovell, Tim Burstall, Carl Vine, Nigel Westlake, Richard Franklin, Bruce Smeaton, Brian May, Simon Walker and Ian Jones. Over a period of twenty-six years I wrote a number of musical scores for animated films and documentaries.

At high school they used to call me Bill Collins, because I knew everything about Hollywood and British cinema, and that description would be right. He was a film fanatic who became an Australian household name, introducing movies (English-speaking) on television. I kept lists of all the films I wanted to see made by or starring people like Frank Capra, John Ford, Alfred Hitchcock, Orson Welles, James Stewart, Henry Fonda, Humphrey Bogart, Audrey Hepburn, Katharine Hepburn, etc. etc… What I now realise, is that it would have been better to be called David Stratton, someone who has seen films from all over the world, and it would have been better to have attended the Sydney Film Festival annually since I started working in 1983. But I didn’t.

When I saw films on this list by directors whose names I had never heard of a deep shame fell upon me.

During the period in which I worked in the Australian film industry between 1980 and 2010 I also watched most Australian films. Between 1985 and 1993 I was a member of the Australian Film Institute and watched every Australian feature film made in those years (as well as many of the documetaries), even the one’s not released. In that period I was also a judge for three or four years of Best Original Music and Best Film. It was a panel made up of actors and directors and cinematographers, each specialising in our craft area as well as voting for the films nominated for Best Film.

I thought that I loved film, but actually I just liked films that were made in my own language. I didn’t love what people who love films love: cinema.

I predominantly liked films that reflected my world, not anyone else’s. Part of it was the fact that I only got see what was released commercially in Australia and part of it was that I didn’t always have time, or the desire, to explore further, or attend the Sydney Film Festival. Some people took time off work to attend but I was working a lot of the time on a dozen different projects. The real filmmaking, the world of living in the midst of people making films, and contributing to it, made me lazy when it came to exploring anything outside of what I knew and what my culture exposed me to.

My prejudices were conditioned by my surroundings and upbringing despite having a father who took me to diverse films like M. Hulot’s Holiday (1953) and Mon Oncle (1958), The Tall Blonde Man with the One Black Shoe (1972) and reruns of deadly boring films like Les enfants du paradis (1945). Everything I saw at University in my film course in the early eighties was never sufficiently explained to me to enable me to understand it in the context of my one-dimensional diet of Australian, American and British cinema.

Looking at the BFI list of great films I realized about two weeks before the end of June 2017 that I wanted to, needed to, see the other films that are considered so highly. At first I thought I would concentrate on one director a month and watch multiple films by that director in a single week of every month. As I made my list, I began to see the enormity of the task, and was surprised to find that with that approach after five years I still wouldn’t have a good idea or sense of the hundred greatest films because the agenda was spread over too long a period to keep all of those experiences in my head while I filed these new films into my brain’s filing cabinet and tried to find an understanding of them.

With my recent redundancy from the SSO in June 2017 I had the chance to devote a year to seeing them all: Bang! Bang! Bang!

It’s Incredible, Too 2018 A few observations by Philip Powers

View all posts by Philip Powers →